React.js or React is one of the most popular JavaScript libraries in 2021.Other most used libraries include Angular, Vue, Ember and Meteor.js. If you are planning to become a front end developer or you already are, chances are that you have come across react. It was developed by Facebook but now it is open source.

JavaScript libraries are collections of pre-written JavaScript code that can be used for common JS tasks, allowing you to bypass the time intensive (and unnecessary) process of coding by hand.

React is a declarative, efficient, and flexible library used for building user interfaces. It lets you compose complex UIs from small and isolated pieces of code called “components”. React is chosen by developers due to the following reasons.

React can be used for your own projects, big and small or to build big sites likeNetflix,Facebook,Instagram,AirbnbCloudflare,Dropbox,BBC,Flipboard,Imgur,Postmates and Reddit.

Where to learn React

React can be learnt freely online or through paid online courses or physical classes. The following are platforms where you can access react courses and tutorials.

How to setup local environment and build your first react app

1.Download and install a code editor. In this tutorial, I am using the Visual studio code simply known as vs code which I installed a few weeks ago.

2.Download and install Node  JS. Node JS is required to run the react app.You can learn how to install Node for Windows here.

If you had tried to install React before,you will get the following message.

4.If you are getting this error, follow the next step.

5.Then install it globally using the following command.

6.Then install the react app by the command

Once the app is created,you will see a “happy hacking” message.

Open the app.js source (src) file using the code editor and modify to build your application. 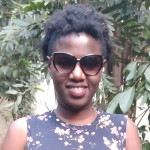 Justina Kageni is an information scientist with passion for Information Technology.She is a web developer on a mission to share her journey.

I would love to hear from you.For any inquiries please reach me at  infor@jtechafrica.com

jtechafrica.com is a technology blog with the latest content on websites ,technology opportunities and how to carry out technical tasks.

error: This content is protected !!
Go to mobile version